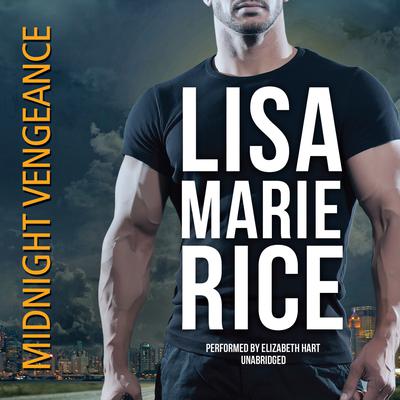 The Men of Midnight Series: Book 1

Morton "Jacko" Jackman isn't afraid of anything. He's a former navy SEAL sniper, and he's been in more firefights than most people have had hot meals. Lauren Dare scares the crap out of him.

Gorgeous, talented and refined, she's the type of woman who could never be interested in a roughneck like him. So he's loved her fiercely in secret, taken her art classes and kept a watchful but comfortable distance. Until now.

Lauren has finally found a home in Portland, far from her real identity, far from the memories of her mother's death and outside the reaches of the drugged-out psycho who's already tried to kill her twice. One tiny misstep—a single photograph—shatters it all. She has no choice but to run again, but this time she'll give herself a proper farewell: one night with Jacko.

Their highly charged emotional encounter changes everything. In Jacko's arms there cannot be fear—there can only be pleasure. Anyone wishing her harm will have to pass through him, and Jacko is a hard man to kill.

“In her fourth Midnight novel, Rice does what she does best. Though this is familiar ground for fans, Rice is so skilled at getting inside her characters’ minds and hearts that this story will still be sure to please. The contrast between her hero’s tough, monosyllabic exterior and his deep internal monologues are surprisingly charming, transforming her couple’s initial awkwardness into something rather poignant. With a tightly-woven suspense plot and a number of engaging secondary characters, this is a book that will easily satisfy fans and newcomers alike.” —RT Book Reviews (4 stars)