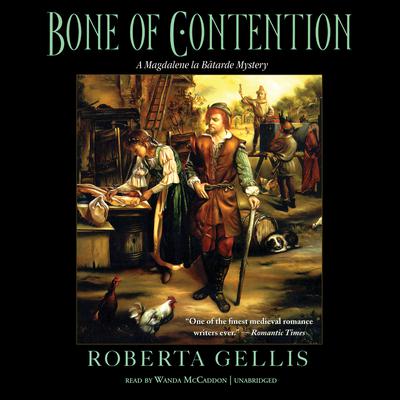 Magdalene la B├ótarde obeys William of Ypres, her great patron, as a vassal obeys his overlord—even though William would laugh if he knew how she felt. However, when King Stephen summons his barons to a great council in Oxford, William can smell the stink of treason—and he has enemies who might spread that stink over him. He needs a safe place to talk to friends and cajole enemies, so he summons Magdalene.

When Magdalene is called, she knows there must be trouble brewing in Oxford. Indeed, one of William's own men, Niall Arvagh of Murcot, has been accused of murder. Ordinarily, nobody would believe Niall capable of violence, even upon so gross a creature as Aimery St. Cyr. But St. Cyr claimed to be betrothed to the pretty heiress whom Niall sought for himself. Another rumor claims that Niall committed the act on the order of his master, William of Ypres, for political reasons.

While the debate rages in Oxford, Magdalene teams up with her old friend, Sir Itchen of Bellamy, to clear up the mess that threatens to create a political scandal. Though Bell is willing to investigate the case, can Magdalene trust him completely this time?Has Bell become so jealous of William that his sense of justice could be overwhelmed?

Fortunately for Magdalene, she still has friends in town. Her former coworkers, the whores and barmaids of Oxford, may be able to bring her the necessary information—and help her pick the strands of romance apart from the rope of treason, reweaving them into a net to entangle a murderer.

“Once again, Gellis proves herself a master of the medieval historical…Meticulous attention to detail…and believable human characters, notably the intelligent, courageous, caring, and compassionate Magdalene, help put Gellis at the forefront of this popular mystery subgenre.” —Publishers Weekly
“A harlot with a heart of gold and a head for intrigue, Magdalene is more than just another saucy wench; she’s smart, compassionate, and fearless…With a commanding knowledge of medieval history and customs, Gellis infuses this ancient world with contemporary relevance.” —Booklist