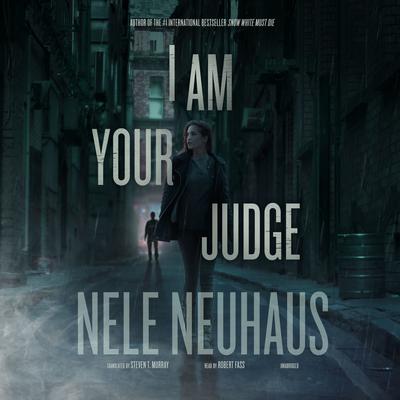 I Am Your Judge

Detective Pia Kirchhoff is about to set off on a long-delayed honeymoon, when she receives a phone call. An elderly woman has been shot and killed while walking her dog. A short while later another murder is committed, and the modus operandi is eerily similar: a woman is killed by a bullet that smashes through her kitchen window—and in both cases the same weapon fired the shot. Two more murders follow in short order. None of the victims had enemies, and no one knows why they were singled out.

As fear of the Taunus Sniper grows among the local residents, pressure mounts on Detective Kirchhoff. She and her partner, Oliver von Bodenstein, search for a suspect who appears to murder at will, but as the investigation progresses, the officers uncover a human tragedy.

With a story ripped from the headlines, I Am Your Judge is tightly plotted and delivers surprise twists at every turn.

“German author Neuhaus combines an intense hunt for a serial killer with characters that readers will care about in her superior fourth mystery to be published in the US featuring German detectives Pia Kirchhoff and Oliver von Bodenstein…Neuhaus does a superb job of portraying the search for a link between the dead women, and her willingness to let her characters make mistakes gives the plot even more plausibility.” —Publishers Weekly (starred review)
“All the characters are well developed and refreshingly imperfect, adding real depth to what could have been just another serial-killer story. Fans of Scandinavian thrillers should take a side trip to Germany to check out this series.” —Booklist (starred review)