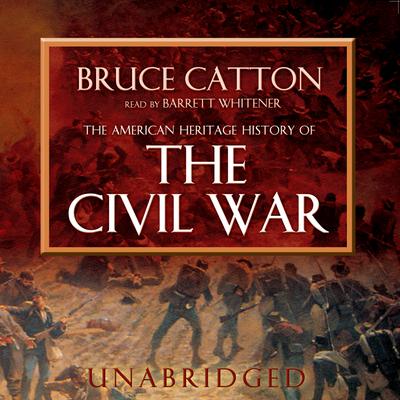 The American Heritage History of the Civil War

Infinitely readable and absorbing, Bruce Catton’s The Civil War is one of the most widely read general histories of the war available in a single volume.

“America needed its great war of brothers,” wrote Bruce Catton, “to weld in a terrible fire what had been and what might be. The story of the war needs retelling because it helped to change the future of the human race.”

The Civil War is America’s great Iliad, and few would dispute that its outcome is evident in most social and political issues today. For a person seeking a single volume to serve as a captivating introduction and a dependable guide through all the maze of battles and issues of the Civil War, this is a book without parallel. Catton understood the Civil War, its participants and battles, and he unfolds it with skill and simplicity, from the early division of the North and South to the final surrender of the Confederate troops. Of all historians past and present, Bruce Catton ranks among the best.

Bruce Catton (1899–1978), author and editor, is best known as a Civil War historian. Born in Michigan, he served in the navy and worked for newspapers and the federal government before publishing his first Civil War book, Mr. Lincoln’s Army, at age fifty-one. In 1954, the year he became the editor of American Heritage magazine, he was awarded the Pulitzer Prize for his book A Stillness at Appomattox.