A BookRiot Pick for New Books of June 2016

In My Lady Jane, coauthors Cynthia Hand, Brodi Ashton, and Jodi Meadows have created a one-of-a-kind YA fantasy in the tradition of The Princess Bride, featuring a reluctant king, an even more reluctant queen, a noble steed, and only a passing resemblance to actual history—because sometimes history needs a little help.

At sixteen, Lady Jane Grey is about to be married off to a stranger and caught up in a conspiracy to rob her cousin, King Edward, of his throne. But those trifling problems aren’t for Jane to worry about. Jane gets to be Queen of England.

And don't miss the authors' next fun read, My Plain Jane!

“Readers who like history with a heavy dose of humor will enjoy this amusing twist on a well-known story, complete with magic, romance, and intrigue. The fresh look at traditions the teen characters share as they learn to trust each other adds depth to the many laugh-out-loud moments this fun tale offers.” —RT Book Reviews (4 stars)
“Hand, Ashton, and Meadows clearly had a ball working on this joyous rewrite of the story of Lady Jane Grey and King Edward VI, and readers will have just as much fun with it…Alternating third-person narration scrolls smoothly among Edward, Jane, and Gifford in chapters packed with hilarious banter…It’s an uproarious historical fantasy that’s not to be missed.” —Publishers Weekly (starred review)
“Wacky, irreverent, and just plain fun, this three-way collaboration of Hand, Brodi Ashton, and Jodi Meadows plays fast and loose with history…Wonky, offbeat, and happily anachronistic—the references run the gamut from Shakespeare to Monty Python, with plenty of nods to The Princess Bride—this fantasy adventure politely tips its hat to history before joyfully punting it out of the way. An utter delight.” —Booklist (starred review)
“Adventure, intrigue, humor, and romance abound—so, too, does high fantasy…The characters…fairly sparkle with the complete array of honest human qualities.” —School Library Journal
“Lady Jane Grey’s nine days as queen are reimagined as a tongue-in-cheek shape-shifter romance…Gleefully anachronistic comedy will entertain with its cast of likable heroes and buffoonish villains.” —Kirkus Reviews 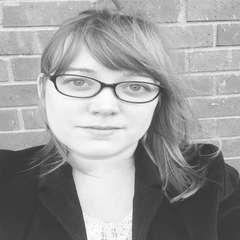 Cynthia Hand is the New York Times bestselling author of the Unearthly trilogy. A native of southeastern Idaho, she has graduate degrees in creative writing from Boise State University and the University of Nebraska–Lincoln. For the past seven years she has taught writing at Pepperdine University in Southern California. She and her family have recently moved back to Idaho, where they are enjoying the fresh air.

Jodi Meadows lives and writes in the Shenandoah Valley, Virginia, with her husband, a cat, and an alarming number of ferrets. She is a confessed book addict and has wanted to be a writer ever since she decided against becoming an astronaut.