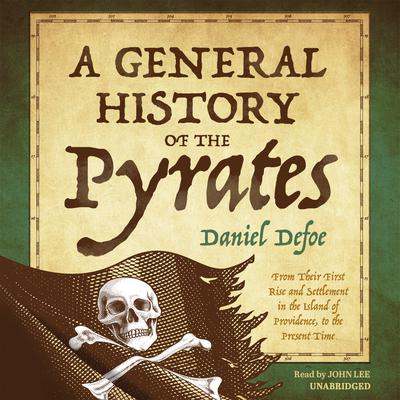 A General History of the Pyrates: From Their First Rise and Settlement in the Island of Providence, to the Present Time

“I presume we need make no Apology for giving the Name of a History to the following Sheets, though they contain nothing but the Actions of a Parcel of Robbers.” —from the book

This work was published in 1724 under the pseudonym Captain Charles Johnson by an unknown British author, usually assumed to be Daniel DeFoe. This work is the prime source for the biographies of many well-known pirates of that era and shaped the popular notions about pirates of the day. Included are Blackbeard, Black Bart, Jolly Roger, Anne Bonny (a.k.a. Anne Bonn), Edward Teach, Henry Avery, Mary Read, and many more.

“This collection of brief biographies reads like a Who’s Who? of piracy…The book that launched a thousand pirate stories…A must-read for armchair swashbucklers.” —Amazon.com, editorial review
“Published in 1724, Defoe’s chronicle of the scourges of the sea was a smashing success, finding a wide audience eager for tales of those cutthroat sailors who flew the skull and crossbones.” —Library Journal