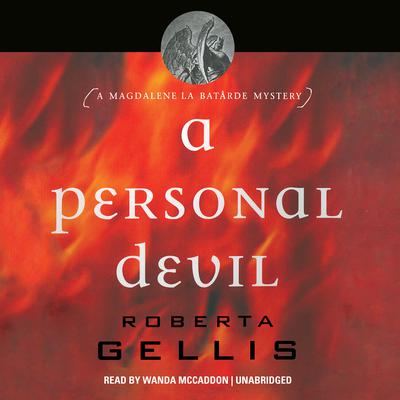 Roberta Gellis, the acclaimed author of The Roselynde Chronicles, is in top medieval form with this second tale of life—and death—in twelfth-century London.

Magdalene la B├ótarde is the madam of the Old Priory Guesthouse in Southwark. Together with the handsome Sir Bellamy of Itchen, she solved the murder of Baldassare the Messenger, but this time the murder victim is none of Magdalene's business.

She is not in the least bit sorry to learn that Bertrild, the unpleasant wife of Master Mainard, is dead. Bertrild once accused Magdalene of corrupting her father and causing his death. In fact, Bertrild was insulting to most people, making threats and using terrible revelations as a weapon against those who would not bow down to her demanding ways. However, when it seems that Mainard will be charged with Bertrild's murder—because no one accepts the oath of a whore that he is innocent—Magdalene decides to investigate.

Fortunately, Sir Bellamy is back in London doing his master's business. Unable to refuse Magdalene, he agrees to help her, and the two set out to solve the murder.

“Extraordinary talent.” —John Jakes, bestselling author of Charleston
“In addition to a well-crafted plot, moments of heart-stopping suspense, and a dramatic conclusion, the author provides poignant glimpses into the humanity of her characters, particularly the women of the guesthouse.” —Publishers Weekly
“A Personal Devil is an excellent blend of historical romance and mystery, with both sides equally balanced. The character of Magdalene is exceptionally strong and vivid, bound to please those who love both genres of fictions.” —Romantic Times
“Yet another authentically detailed medieval mystery featuring a proactive feminist as the detective.” —Booklist