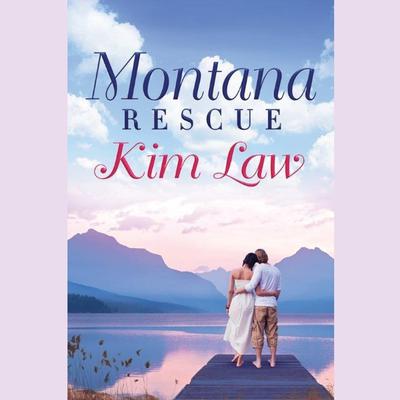 Championship bull rider Nick Wilde is the face of Montana Pro Rodeo, with all the acclaim and fans he can handle. But is that enough? Contemplating his next career move, he’s come home to his family’s cherry orchard—and to his childhood crush, helicopter pilot Harper Stone. But Harper’s not quite the sexy, badass girl he once lusted after. Recently widowed, she’s broken in two. Wanting to help her move on, Nick finds himself aching for the kind of stability he never had as a child.

True love comes once if you’re lucky, and Harper already had her shot. An accident took her husband eighteen months ago and left only pain and guilt in his place. Now Nick is waking up her body and heart to everything she might still have to gain…or lose. A second chance is more than she thinks she deserves. But with a man like Nick doing the persuading, maybe it’s time to try.

Kim Law wrote her first story, “The Gigantic Talking Raisin,” in elementary school. Although it was never published, it was enough to whet her appetite for a career in writing. First, however, she would try her hand at a few other passions: baton twirling, softball, and music, to name a few. Voted Bookworm and Most Likely to Succeed in high school, she went on to earn a college degree in mathematics. She spent years working as a computer programmer and raising her son, and she now devotes her time and energy to writing romance novels (none of which feature talking raisins). She is a past winner of the Romance Writers of America’s Golden Heart Award and currently serves as president for her local RWA chapter.