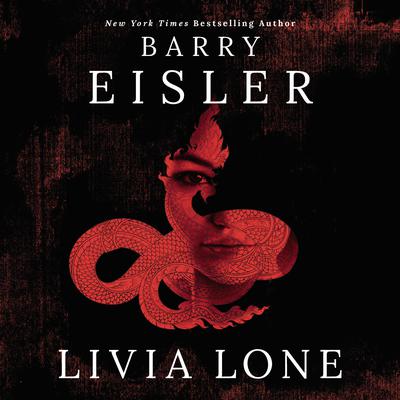 One of Kirkus Reviews’ Best Books of 2016 in Fiction

Seattle PD sex-crimes detective Livia Lone knows the monsters she hunts. Sold by her Thai parents along with her little sister, Nason; abused by the men who trafficked them; marooned in America…the only thing that kept Livia alive as a teenager was her determination to find Nason.

Livia has never stopped looking. And she copes with her failure to protect her sister by doing everything she can to put predators in prison.

Or, when that fails, by putting them in the ground.

But when a fresh lead offers new hope of finding Nason and the men who trafficked them both, Livia will have to go beyond just being a cop. Beyond even being a vigilante. She’ll have to relive the horrors of the past. Take on one of the most powerful men in the US government. And uncover a conspiracy of almost unimaginable evil.

In every way, it’s an unfair fight. But Livia has two advantages: her unending love for Nason—

And a lifelong lust for vengeance.

“An absolutely first-rate thriller.” —New York Times Books Review
“You won’t be able to tear yourself away as the story accelerates into a Tarantino-worthy climax…Livia Lone is a harrowing tale with a conscience.” —Chicago Review of Books
“Author Barry Eisler narrates his own work with the skill of a professional voice actor…Eisler’s vocal range is exceptional. He never strains credulity as Livia transitions from child victim to confident woman and avenging angel for the abused. Livia’s male abusers—especially her stepfather—practically hiss with vileness…Winner of the AudioFile Earphones Award.” —AudioFile
“An astonishingly raw tale that is dark and disturbing but…[with a] compelling narrative and the fascinating—yet seriously flawed—heroine” —RT Book Reviews (4 stars)
“Filled with raw power, this may be the darkest thriller of the year.” —Kirkus Reviews (starred review)
“[An] exciting thriller.” —Publishers Weekly
“Eisler pulls no punches in his description of the depravity of the sex trade and the human-trafficking underground…Those who like the dark side will feel right at home.” —Booklist

Barry Eisler spent three years in a covert position with the CIA’s Directorate of Operations, then worked as a technology lawyer and start-up executive in Silicon Valley and Japan, earning his black belt at the Kodokan Judo Institute along the way. His bestselling thrillers have won the Barry Award and the Gumshoe Award for Best Thriller of the Year, have been included in numerous “Best Books of the Year” lists, and have been translated into nearly twenty languages. When not writing novels, he blogs about torture, civil liberties, and the rule of law.