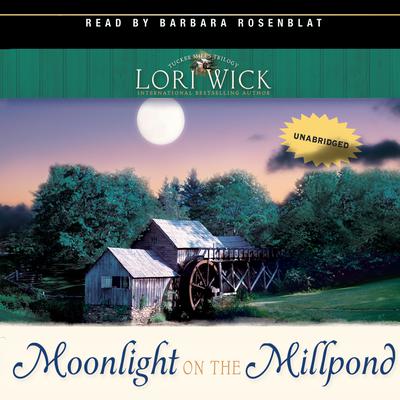 Moonlight on the Millpond

The last thing Jace Randall wants is to be smitten with a woman. His sister, Eden, said it would happen when he moved to Tucker Mills, and now he wants to prove her wrong.

This first book in the Tucker Mills Trilogy follows Jace Randall as he leaves his childhood home to help his Uncle Woody Randall run the saw mill in Token Creek. Jace diligently focuses on work until he meets the visiting niece of local storekeepers. Jace pursues her until she finally agrees to attend a picnic with him and take a chance.

But before the relationship has a strong foundation, the couple separates because of gossip fueled by Jace’s sister. Later, when she admits her wrongdoing and shares her testimony of a new faith, the couple must decide whether to try again. Will the sister’s example of faith and transformation be enough to restore broken dreams?

“This sweet romance will have its readers eagerly waiting for book two.” —Romance Junkies.com
“Mrs. Wick has a way of telling an inspiring story within the context of a very sweet romance.” —Romance Reader’s Connection
“Purely enjoyable.”  —Teens4Jesus Library
“Purely enjoyable…Lori Wick writes with a passion touched by God. Her words evoke emotions from deep within as the reader becomes a part of the story.” —Teens4Jesus Library

Lori Wick is the bestselling author of more than twenty-five books (3.2 million copies sold), including the popular Rocky Mountain Memories series, the Yellow Rose Trilogy, and stand-alone novels such as Pretense, The Princess, and Bamboo and Lace. She lives in Wisconsin with her husband and their three children.