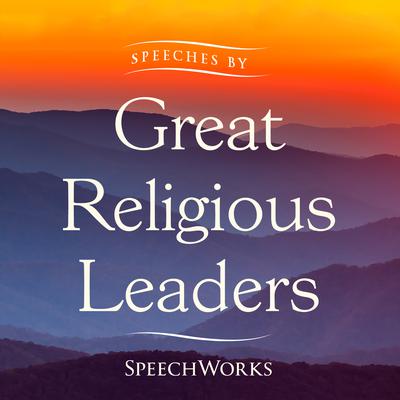 This collection features fourteen of the most important and well-known speeches by some of the world’s most influential religious leaders.

SpeechWorks is a publisher specializing in famous speeches, biographies, and recordings of events, covering everything from sports figures to presidents and prime ministers, as well as events like the Apollo 13 mission. SpeechWorks’ many recordings include speeches by Martin Luther King Jr., JFK, Ronald Reagan, and Barack Obama and biographies and stories about Jimi Hendrix, Winston Churchill, Muhammad Ali, and Princess Diana.