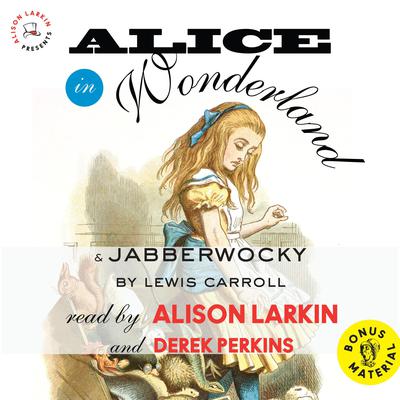 Alice in Wonderland and Jabberwocky

By Lewis Carroll
Read by Alison Larkin  and Derek Perkins

The recordings are followed by a short excerpt from the Life and Letters of Lewis Carroll, by Carroll’s nephew Stuart Dodgson Collingwood.