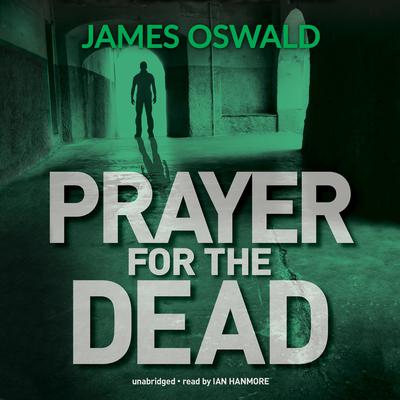 Prayer for the Dead

Detective Inspector Tony McLean is on the case when the search for a missing journalist uncovers the scene of a carefully staged murder. In a sealed chamber, deep in the heart of Gilmerton Cove, a mysterious network of caves and passages sprawling beneath Edinburgh, the body is discovered in a seemingly macabre ritual of purification. But McLean knew the dead man and can’t shake off the suspicion that there is far more to this case than meets the eye.

For one thing, the baffling lack of forensics at the crime scene seems impossible. But that’s just the first in a series of revelations about this case that seems beyond belief. Teamed with the most unlikely and unwelcome of allies, McLean must track down a killer—driven by the darkest compulsions and who will answer only to a higher power—until it’s his own blood on the altar.

Shocking and suspenseful, Prayer for the Dead, the fifth installment in James Oswald’s internationally bestselling series, plunges readers into the bone-chilling darkness of an underground world filled with ancient secrets.

“This series just keeps getting better, and loyal fans and new readers alike will be pleased.” —Publishers Weekly
“Some may find this a revealing change from the solitary, damaged detective and his bottle…And there’s Oswald’s soft, unobtrusive humor.” —Booklist
“Impossible to put down.” —Kirkus Reviews