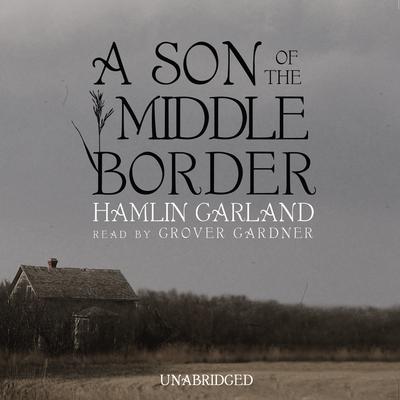 A Son of the Middle Border

A Son of the Middle Border is an epic story of the quest for new frontiers during the last half of the nineteenth century, and of the gradual, heartbreaking failure of America’s pioneer ideal.

Drawing on the history of his own family, Pulitzer Prize winner Hamlin Garland chronicles the experiences of a generation. A Son of the Middle Border, Garland’s bittersweet narrative of growing up on Wisconsin, Iowa, and South Dakota farms, captures in vivid, moving detail the stories of the thousands of courageous and optimistic Americans who sought new and prosperous lives on the midwestern frontier and discovered not only the grandeur of the plains but also the immense toll nature demands from those who try to tame the land.

“In all the region of autobiography…I do not know quite the like of Mr. Garland’s story of his life, and I should rank it with the very greatest of that kind of literature.” —New York Times Review of Books