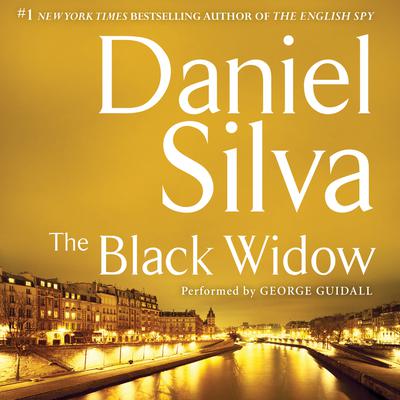 An Amazon Editors' Best Book of the Year

A Kirkus Best Fiction Book of the Year

An iBooks Book of the Month

“Fascinating, suspenseful, and bated-breath exciting…. Silva proves once again that he can rework familiar genre material and bring it to new life.”    — Publishers Weekly, starred review “Silva builds suspense like a symphony conductor.... A winner on all fronts.”    — Booklist, starred review

Gabriel Allon, the art restorer, spy, and assassin described as the most compelling fictional creation "since Ian Fleming put down his martini and invented James Bond" (Rocky Mountain News), is poised to become the chief of Israel’s secret intelligence service. But on the eve of his promotion, events conspire to lure him into the field for one final operation. ISIS has detonated a massive bomb in the Marais district of Paris, and a desperate French government wants Gabriel to eliminate the man responsible before he can strike again.

Acclaimed novelist Daniel Silva has thrilled, entertained and educated readers with eighteen thoughtful and gripping spy novels featuring a diverse cast of compelling characters and ingenious plots that have taken them around the globe and back—from the United States to Europe, Russia to the Middle East. From its shocking opening to its explosive denouement in Washington, D.C., The Black Widow reveals itself as Silva’s most timely and powerful novel yet. Following the success of his smash hit The English Spy, this electrifying thriller showcases Silva’s consummate skill and brilliant imagination, and is sure to be a must read for his multitude of current and future fans.

“The audio brotherhood of narrator George Guidall and Silva’s spy Gabriel Allon is hard to beat. Sixteen episodes of the exploits of this international assassin, spy, and art restorer have not dulled the tension and originality of this thriller, which seems ripped from the headlines…George Guidall’s skilled storytelling and his ease with accents and pace are just two specific elements that can be pinpointed in the success of this audiobook. Beyond these, a subtle combination of astute skill and experience creates the best possible listening. Winner of the AudioFile Earphones Award.” —AudioFile
“The novel’s grand finale is heart-stopping, unexpected, and deeply unsettling.” —Washington Post
“A literary powder keg.” —Huffington Post
”An exceptional spy thriller, well written and timely, weaving history seamlessly into a sumptuous page-turner of a novel.” —Minneapolis Star Tribune
“Fascinating, suspenseful, and bated-breath exciting…Silva proves once again that he can rework familiar genre material and bring it to new life.” —Publishers Weekly (starred review)
“One of fiction’s greatest spies…Allon remains as compelling as ever…A dark thriller for difficult times.” —Kirkus Reviews (starred review)

Daniel Silva is the author of more than a dozen bestselling novels in the Michael Osbourne series and the Gabriel Allon series of suspense thrillers. He has twice won the Barry Award for Best Thriller for The Messenger in 2007 and The Fallen Angel in 2013. All of his novels have been New York Times bestsellers, with seven titles reaching #1 on the New York Times bestsellers list.