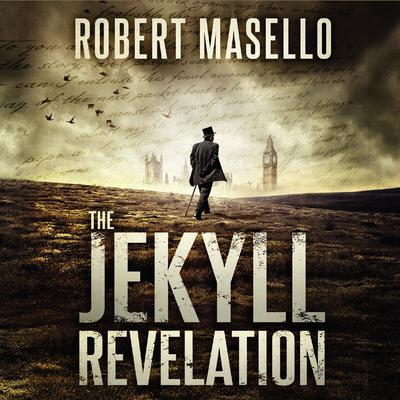 A spellbinding thriller from the bestselling author of The Einstein Prophecy.

A chilling curse is transported from 1880s London to present-day California, awakening a long-dormant fiend.

While on routine patrol in the tinder-dry Topanga Canyon, environmental scientist Rafael Salazar expects to find animal poachers, not a dilapidated antique steamer trunk. Inside the peculiar case, he discovers a journal, written by the renowned Robert Louis Stevenson, which divulges ominous particulars about his creation of The Strange Case of Dr. Jekyll and Mr. Hyde. It also promises to reveal a terrible secret—the identity of Jack the Ripper.

Unfortunately, the journal—whose macabre tale unfolds in an alternating narrative with Rafe’s—isn’t the only relic in the trunk, and Rafe isn’t the only one to purloin a souvenir. A mysterious flask containing the last drops of the grisly potion that inspired Jekyll and Hyde and spawned London’s most infamous killer has gone missing. And it has definitely fallen into the wrong hands.

Robert Masello is an award-winning journalist, television writer, and bestselling author of many novels and nonfiction books. His most recent novels, published in more than a dozen languages, include The Romanov Cross, The Medusa Amulet, and Blood and Ice. His guide to composition, Robert’s Rules of Writing, has been adopted in many college classrooms.