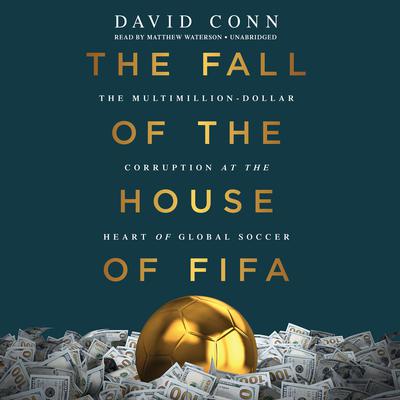 The Fall of the House of FIFA: The Multimillion-Dollar Corruption at the Heart of Global Soccer

When Sepp Blatter joined FIFA in 1975 it had just twelve employees. Forty years later, the FBI have accused 14 executives of 47 counts of money laundering, racketeering and tax evasion linked to kickbacks totaling more than $150 million. There’s a fascinating story to be told here: how football got big, how FIFA got corrupt and what this means for soccer fans around the world. David Conn, who covered the scandal for the Guardian is the man for the job, putting the recent uproar in the context of FIFA’s history and showing how far the organization has strayed from its humble beginnings. The narrative will cover the story up to now, covering everything that happened since the scandal broke - the FBI’s investigation, what happened to Blatter and Platini, enquiries into the 2022 World Cup, the comedy of errors surrounding who should take over the presidency and so on. Conn’s previous book was called Searching for the Soul of Football—he sees this book as an expansion of that book: an inquiry into the soul of soccer on the global scale, as we take stock of this shocking scandal and try to return the original spirit to the beautiful game.