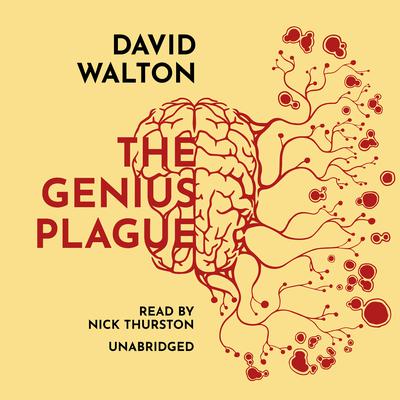 The contagion is in your mind.

In this science fiction thriller, brothers are pitted against each other as a pandemic threatens to destabilize world governments by exerting a subtle mind control over survivors.

Neil Johns has just started his dream job as a code breaker for the NSA when his brother Paul, a mycologist, goes missing on a trip to collect samples in the Amazon jungle. Paul returns with a gap in his memory and a fungal infection that almost kills him. But once he recuperates, he has enhanced communication, memory, and pattern recognition. Meanwhile, something is happening in South America; others, like Paul, have also fallen ill and recovered with abilities they didn’t have before.

But that’s not the only pattern—the survivors, from entire remote Brazilian tribes to American tourists, all seem to be working toward a common, deadly goal. Neil soon uncovers a secret, unexplained alliances form between governments that have traditionally been enemies, and Paul becomes increasingly secretive and erratic.

Paul sees the fungus as the next stage of human evolution, while Neil is convinced that it is driving its human hosts to destruction. Brother must oppose brother on an increasingly fraught international stage, with the free will of every human on earth at stake. Can humanity use this force for good, or are we becoming the pawns of an utterly alien intelligence?

“Riveting. David Walton gives us a wild ride through new territory.” —Jack McDevitt, Nebula Award–winning author
“Walton infuses his latest novel with adventure, spycraft, humor, and shudders…The Genius Plague freshens up the nature-versus-man archetype with an unusual ‘critter’ and contemporary global politics, resulting in a page-turning read that is also thought-provoking. We may never look at mushrooms the same way again.” —ForeWord Reviews
“[A] mind-bending ecothriller.” —Publishers Weekly
“Once a reader picks up Walton’s latest whirlwind sf thriller, she will not be able to put it down.” —Booklist
“Paired with relentless pacing, an action-packed narrative, and a cast of interesting characters, Walton’s fluid writing style and tightly constructed plot produce a virtually un-put-downable read…This is a page-turner of the highest order.” —Kirkus Reviews

David Walton is the author of several science fiction novels and was a recipient of the Philip K. Dick Award for his first novel Terminal Mind. He lives a double life as a top-secret engineer working with the US intelligence community by day.