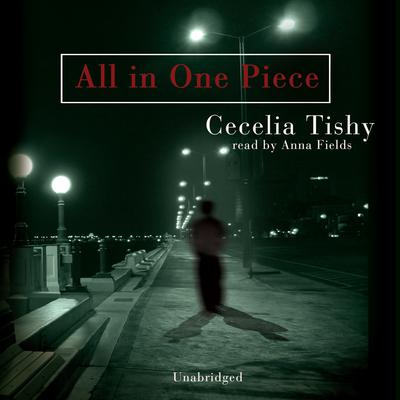 All in One Piece

Clipped by a speeding car as she crosses her street in Boston's South End, Regina Cutter gratefully accepts the help of her new upstairs tenant, Steven Damelin, a single young financial analyst. Reggie is surprised to learn from him that her late Aunt Jo, who was also a psychic, was involved in a "deal" with Steven shortly before her death. But before Reggie can learn specifics, Steven is brutally murdered in the upstairs flat, and Reggie's own front door is smeared with blood marks that look like Chinese characters.

Reggie has used her psychic powers before to help the Boston PD, but the homicide detective assigned to Steven's case not only lacks faith in her abilities but also makes it clear that she's not above suspicion. On the defensive and relegated to the sidelines, Reggie resolves to find the murderer—who may already have picked her as the next victim.

“The suspense builds all the way to the end, which is unforeseen even by the psychic at the center of it all.” —Booklist

Cecelia Tishy is the author of several nonfiction books and articles, as well as the Kate Banning mystery series. She is the William R. Kenan, Jr., professor of English at Vanderbilt University, where she has won the university’s prize for excellence in teaching.