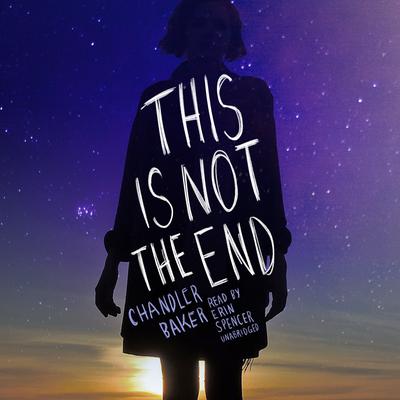 This Is Not the End

A teenage girl faces an impossible choice in this high-concept contemporary YA tearjerker set in a world where resurrection is possible, but strictly controlled.

I wonder if for the rest of my life, I’ll be haunted by beautiful days.

On one cloudless, radiant summer afternoon, Lake Devereaux lost everything. The car crash claimed the lives of her best friend and boyfriend, the people who had become her family after her own fell apart. But she doesn’t have to lose them both.

The development of resurrection technology has changed the world. Under the new laws regulating the process, each person gets one resurrection to be used or forfeited on their eighteenth birthday. Mere weeks away from turning eighteen, Lake faces an impossible choice.

Envisioning life without one of the people she loves most is shattering enough, but Lake carries an additional burden: years ago, under family pressure, Lake secretly—and illegally—promised her resurrection to someone who isn’t even dead yet.

The search for answers about her future draws Lake more deeply into the secrets of her past until she begins to question everything about those closest to her. Betrayals and hurts both new and old threaten to eclipse the memories she once cherished.

Then Lake meets a boy unlike anyone she’s encountered before, who unflinchingly embraces the darkest parts of her life and who believes that all resurrections are wrong.

Which path is the right one? And how can Lake start to heal when she can’t move on?

“The concept is fascinating and readers will eagerly await Lake’s decision.” —Booklist
“Lake’s journey of self-discovery is emotional and surprising, and will stay with readers.” —Publishers Weekly

Chandler Baker grew up in Florida, went to college at the University of Pennsylvania, and studied law at the University of Texas. She now lives in Austin with her husband, though her heart remains at the beach. She strongly believes that writing quality improves vastly if done while staring out at a large body of water and daydreaming. Chandler is the author of the young adult thriller Alive, as well as the High School Horror series.