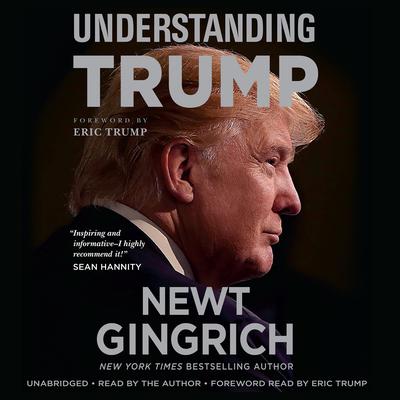 With this book, Newt Gingrich provides insight and inspiration for Americans as they embrace their new president in office.

Donald Trump is a remarkable phenomenon. He is the only person ever elected president without holding office or serving as a general. Trump and “Trumpism” represent a profound change in the trajectory of American government, politics and culture.

Understanding Trump requires a willingness to study and learn from him. His principles grow out of five decades of business and celebrity success. Trump behaves differently than traditional politicians because his entire life experience has been different than most traditional politicians. This book will explain the Trump phenomenon and help people understand the emerging movement and administration.

Newt Gingrich says President Trump should begin every day by reviewing his campaign promises. Trump owes his presidency to the people who believed in him, not to the courtiers and schmoozers who had contempt for him as candidate but adore him now that he is president.

“Reasonableness” would be the death of Trumpism. The very essence of the Trump candidacy is a willingness to set new policies and goals—“unreasonable” to Washington but sensible to millions of Americans.

Newt Gingrich, former Speaker of the House, is coauthor of several bestselling books, including Pearl Harbor: A Novel of December 8 and Gettysburg: A Novel of the Civil War. He is a member of the Defense Policy Board and is the longest-serving teacher of the Joint Flag Officer Warfighting Course at the United States Air Force’s Air University.