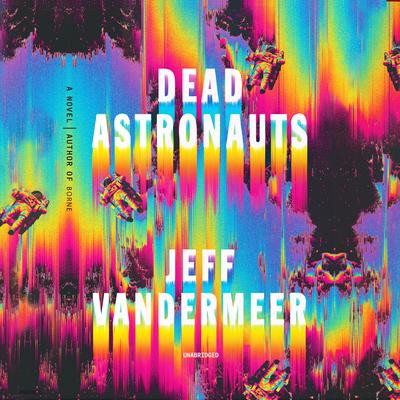 Longlisted for the Not the Booker Prize

A New York Times Editor's Choice of Books of the Month

A USA Today Pick of 5 New Books Not to Miss

An Esquire Pick of the Best Books of Fall

A Vogue Pick of 22 Best Books to Read This Winter

A BBC Pick of Ten Books to Read in December

A Chicago Review of Books Pick of the Month

An Audible Pick of Most Anticipated Books of 2018

A Wired Magazine Pick of the Month

An i09 Pick of Fall SSF Books

A Millions.com Pick of Most Anticipated Books of the Month

A messianic blue fox who slips through warrens of time and space on a mysterious mission. A homeless woman haunted by a demon who finds the key to all things in a strange journal. A giant leviathan of a fish, centuries old, who hides a secret, remembering a past that may not be its own.

Three ragtag rebels waging an endless war for the fate of the world against an all-powerful corporation. A raving madman who wanders the desert lost in the past, haunted by his own creation: an invisible monster whose name he has forgotten and whose purpose remains hidden.

Jeff VanderMeer’s Dead Astronauts presents a city with no name of its own where, in the shadow of the all-powerful Company, lives—human and otherwise—converge in terrifying and miraculous ways. At stake: the fate of the future, the fate of Earth—all the Earths.

"[VanderMeer] delivers vital ferocity in this darkly transcendent novel…It’s precisely that ferocity that makes ‘Dead Astronauts’ so terrifying and so compelling.” —New York Times
“This is a Russian doll of a novel, with each chapter containing worlds upon nested worlds, all of them dreamlike and dark. In this shattered landscape, VanderMeer explores urgent ideas about capitalism, greed, and natural destruction.” —Esquire
“A work of literary science fiction in which the fate of humanity is at stake.” —Vogue
"[A] darkly transcendent novel filled with phantasmagoric visions, body horror, and tortured beings traversing a blasted desert hellscape. Think The Last Judgment but with more animals…So terrifying and so compelling.” —New York Times Book Review
“The final pages of Jeff VanderMeer’s Dead Astronauts tie everything together, making sense of what came before.” —Los Angeles Times
“A relentlessly experimental novel, shifting viewpoints and styles, skipping through time frames and across cosmic distances, changing formats…Despite this complex approach, however, it is utterly accessible.” —Toronto Star (Canada)
"Dead Astronauts is a kaleidoscopic and fractured mosaic…. The experience of reading it is a compulsively absorbing confusion…Yet the book is profoundly emotional.” —NPR
“Sections of the novel are beautiful even when they are chilling; multiplying perspectives on similar events build a complexly layered narrative…While the novel is fantastical in many respects, it’s certainly not whimsical; it’s a collection of narratives that startles.” —Los Angeles Review of Books
“Takes [a] sense of invention and playfulness to the extreme, giving us a modern and post-modern tour-de-force unlike any mainstream science fiction novel written over the last two decades.” —Locus
“Vandermeer is a master of literary science fiction, and this may be his best book yet.” —Kirkus Reviews (starred review)
“Vandermeer’s follow-up to Borne explores the multiple pasts and futures of the City and the sinister Company that twists and destroys countless living things.” —Booklist (starred review)
“Narrator Emily Woo Zeller reprises her role as the listener’s guide through the beguiling postapocalyptic “Borne” world. While part of a series, the story is accessible as a stand-alone with its own protagonists…Attuned vocal characterizations of nonhuman characters—including an isolated behemoth, a dark bird, and a mysterious blue fox—facilitate entry into this mesmerizing realm.” —AudioFile

Jeff VanderMeer is an award-winning novelist and editor. His fiction has appeared in the Library of America’s American Fantastic Tales and in multiple anthologies. His recent books have made the year’s best books lists of Publishers Weekly, San Francisco Chronicle, and Amazon.com. Annihilation won the Nebula Award and the Shirley Jackson Award and was adapted into a Paramount Pictures movie by Alex Garland, starring Natalie Portman and Jennifer Jason Leigh. His other awards include World Fantasy Awards, Locus Award, Shirley Jackson Award, and the British Science Fiction Association award for nonfiction, France’s Le Cafard Cosmique, and Finland’s Tähtifantasia Award. He is the cofounder and assistant director of Shared Worlds, a unique fantasy and science fiction writing camp for teenagers.