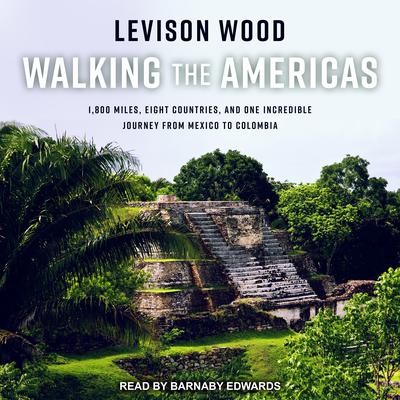 Walking the Americas: 1,800 Miles, Eight Countries, and One Incredible Journey from Mexico to Colombia

Levison Wood's famous walking expeditions have taken him from the length of the Nile River to the peaks of the Himalayas, and in Walking the Americas, Wood chronicles his latest exhilarating adventure: a 1,800-mile trek across the spine of the Americas, through eight countries, from Mexico to Colombia.

Beginning in the Yucatán, Wood's journey takes him from sleepy barrios to glamorous cities to ancient Mayan ruins lying unexcavated in the wilderness. Wood encounters indigenous tribes in Mexico, revolutionaries in a Nicaraguan refugee camp, fellow explorers, and migrants heading toward the United States. The relationships he forges along the way are at the heart of his travels—and the personal histories, cultures, and popular legends he discovers paint a riveting history of Mexico and Central America. While contending with the region's natural obstacles like quicksand, flashfloods, and dangerous wildlife, he also witnesses the surreal beauty of local landscapes, from cascading waterfalls and sunny beaches to the spectacular ridgelines of the Honduran highlands. Finally, Wood attempts to cross one of the world's most impenetrable borders: the Darién Gap route from Panama into South America, a notorious smuggling passage and the wildest jungle he has ever navigated.

Barnaby Edwards narrates, bringing Wood's passion for travel to life and adding flashes of humor to the story with his portrayal of the good-natured Alberto. —Library Journal