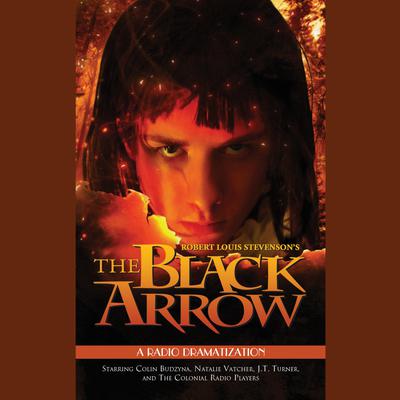 Set in England during the War of the Roses, this swashbuckling historical epic tells of a young man betrayed by his brutal guardian and forced to seek the help of a mysterious society. Brimming with action, adventure, suspense, and romance, it is a classic portrait of England during one of its most tumultuous eras. Colin Budzyna (The Canterville Ghost), Natalie Vatcher (Beacon Hill), and J.T. Turner (The Father Brown Mysteries) lead the Colonial Radio Players in this feature length production complete with a full music score and thousands of sound effects.

Jerry Robbins is an American actor and singer who has performed in more than one hundred stage productions, including an acclaimed portrayal of John Barrymore in William Luces’ play, Barrymore. He has also written and produced forty radio plays with his company, the Colonial Radio Theatre on the Air, winning the Parents Choice Award for The Wonderful Wizard of Oz in 2001 and an Audio Worlds Golden Headset Award for Little Big Horn in 1999.

Garth Tilley is the author of several radio dramatizations, including Robert Louis Stevenson’s Dr. Jekyll and Mr. Hyde and Oscar Wilde’s The Canterville Ghost, among many others.