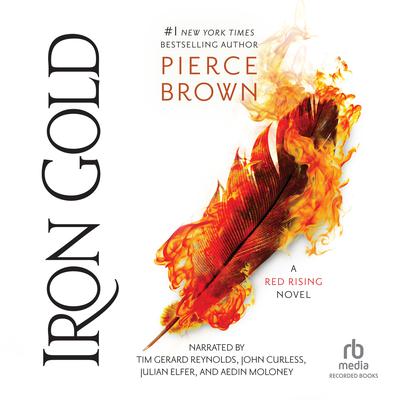 Honor and betrayal fuel a caste-shattering revolution in the action-packed new novel from the #1 New York Times bestselling author of the Red Rising Trilogy. Ten years after the events of Morning Star, Darrow and the Rising are battling the remaining Gold loyalist forces and are closer than ever to abolishing the color-coded caste system of Society for good. But new foes will emerge from the shadows to threaten the imperfect victory Darrow and his friends have earned. Pierce Brown expands the size and scope of his impressive Red Rising universe with new characters, enemies, and conflicts among the stars.

“Newly freed Reds now living in refugee camps discover that freedom does not mean the end of their struggle…The exiled heir to the sovereign reaches a crossroads that could determine how much of the past will determine the future. Verdict: This fourth series entry launches a new trilogy, incorporating a fresh cast of characters along with several familiar ones. The gritty action and emotional punches will thrill fans eagerly awaiting more from Brown.” —Library Journal
“Although the original trilogy was told solely from Darrow’s point of view, Brown expands his scope here to include the perspectives of three new characters…Though it may take readers a little while to invest in the new characters’ stories as much as they have in Darrow’s, by the time the book builds to its breathtaking climax (and a cliff-hanger ending), fans of Brown’s richly imagined world will be entranced.” —Booklist