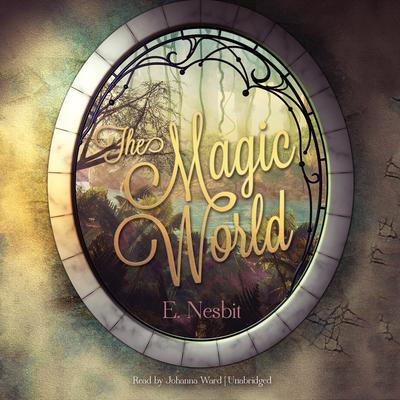 These twelve magical stories contain some of the best things ever written in fairy tales. There are enchanted lands inhabited by kings and queens, princes and princesses who have to outwit wicked fairies and evil magicians. Princess Belinda is condemned to be ugly during the week and beautiful only on Sundays. Kenneth turns into a fish and has to be caught before he can transform back into a boy. Amabel opens a wardrobe and discovers an enormous railway station inside. Open the door to your own imagination—what magic world will you find?

The magic, humor, and delightful characters that populate Edith Nesbit's stories will appeal to listeners of all ages. Those already familiar with the tales will be enchanted anew, and those coming to them for the first time will be captivated by the mystical world they find.

“In this delightful collection of fantasies, the listener is introduced to the formal milieu of Victorian England, then whisked away to a series of fantastic worlds.” —AudioFile

Edith Nesbit (1858–1924) lived in England and had dreamed of becoming a poet since she was fifteen years old. After her husband fell ill, it was up to her to support her small family. For the next nineteen years, she wrote novels, essays, articles, poems, and short stories; but it was not until 1899, when The Story of the Treasure Seekers was published, that she achieved great success. Her groundbreaking style of depicting realistic, believable children quickly gained a popularity that has lasted for more than a century.