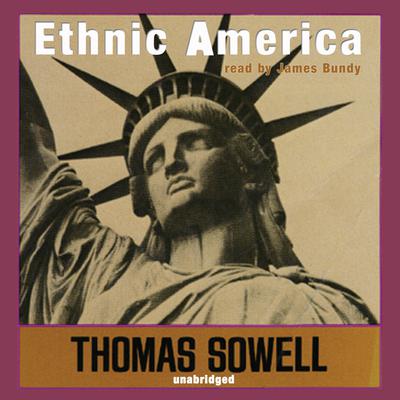 One of the greatest dramas in all of modern times involves the peopling of America. In Ethnic America, Thomas Sowell provides a useful and concise record tracing the history of nine ethnic groups: the Irish, the Germans, the Jews, the Italians, the Chinese, the Japanese, the Blacks, the Puerto Ricans, and the Mexicans.

Sowell offers perspective-building facts—there are more people of Irish ancestry in the United States than in Ireland and more Jews than in Israel—and explains each ethnic group’s varied experiences in adapting to American society.

“Ethnic America is at once useful as a concise history of major ethnic groups and significant as a quiet but powerful attack on liberal beliefs about minorities, racism, segregation, and affirmative action.” —New York Times Book Review
“[This] should be required reading for anyone interested in policy questions involving race and ethnicity…The book’s extraordinary merit is its application of demographic and economic analysis to historical and social materials.” —New Republic