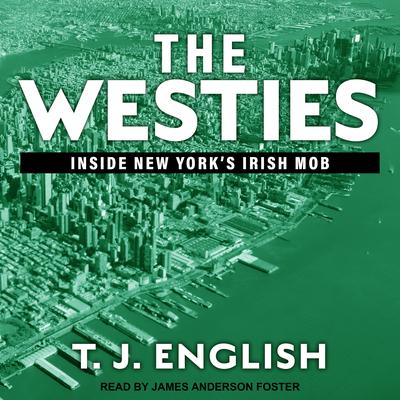 It's men like Jimmy Coonan and Mickey Featherstone who gave Hell's Kitchen its name. In the mid-1970s, these two longtime friends take the reins of New York's Irish mob, using brute force to give it hitherto unthinkable power. Jimmy, a charismatic sociopath, is the leader. Mickey, whose memories of Vietnam torture him daily, is his enforcer. Together they make brutality their trademark, butchering bodies or hurling them out the window. Under their reign, Hell's Kitchen becomes a place where death literally rains from the sky. But when Mickey goes down for a murder he didn't commit, he suspects his friend has sold him out. He returns the favor, breaking the underworld's code of silence and testifying against his gang in open court.

From one of the writers behind NYPD Blue and Homicide: Life on the Street comes an incredible true story of what it means to survive in the world of organized crime, where murder is commonplace.

Must reading . . . will shock even the most hardened readers. —Playboy

T. J. English is the New York Times bestselling author of Havana Nocturne, Paddy Whacked, The Westies, and Born to Kill, which was nominated for an Edgar Award. His screenwriting credits include television episodes of NYPD Blue and Homicide, for which he was awarded the Humanitas Prize. He lives in New York City.