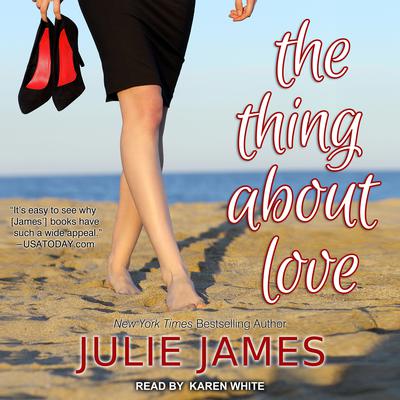 The Thing About Love

The FBI / US Attorney Series: Book 7

FBI agents Jessica Harlow and John Shepherd have a past. The former lawyer and cocky Army Ranger clashed during their training at Quantico and gladly went their separate ways after graduating from the Academy. Six years later, the last thing either of them expects is to be assigned to work as partners in a high-profile undercover sting.

For both of them, being paired with a former rival couldn't come at a worse time. Recently divorced from a Hollywood producer and looking for a fresh start, Jessica is eager to prove herself at her new field office. And John is just one case away from his dream assignment to the FBI's elite Hostage Rescue Team. In order to nail a corrupt Florida politician, they'll have to find a way to work together—a task that becomes even trickier when they're forced to hole up at a romantic beachfront resort as part of the investigation. Suddenly, the heat behind their nonstop sparring threatens to make the job a whole lot more complicated . . .

James' star shines even brighter with this smart, sparkling winner. —Kirkus Starred Review
“James’ knack for witty, snappy banter and excellent story plotting is on full display in her latest novel. Jessica and John are consistently engaged in one-upmanship and getting the last word in, which yields some laugh-out-loud moments. However, what makes this particular couple work isn’t their adversarial relationship, but rather all the ways they’re similar: their determination, their commitment to their work, and their integrity.” —RT Book Reviews (4 stars)