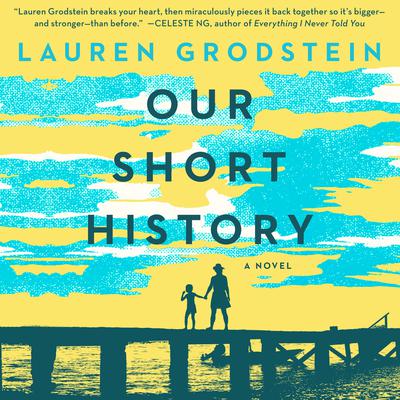 Our Short History: A Novel

Karen Neulander, a successful New York political consultant, has always been fiercely protective of her son, Jacob, now six. She's had to be: when Jacob's father, Dave, found out Karen was pregnant and made it clear that fatherhood wasn't in his plans, Karen walked out of the relationship, never telling Dave her intention was to raise their child alone.

But now Jake is asking to meet his dad, and with good reason: Karen is dying. Worried that he'll break Jake's heart, Karen finally makes the call, and is shocked to find Dave ecstatic about the news. First, he can't meet Jake fast enough, and then, he can't seem to leave him alone. As she tries to play out her last days in the "right" way, Karen struggles with knowing that the only thing she cannot bring herself to do for her son—let his father become a permanent part of his life—is the thing he needs from her the most.

With heart-wrenching poignancy, unexpected wit, and mordant humor, Lauren Grodstein has created an unforgettable story about parenthood, sacrifice, and life itself.

Lauren Grodstein is the author of the collection The Best of Animals and several novels, including Reproduction Is the Flaw of Love, which was both a Breakout Book selection from Amazon.com and a Borders Original Voices pick. She teaches creative writing at Rutgers University.