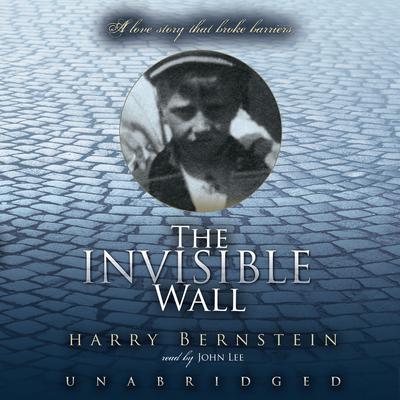 The Invisible Wall: A Love Story That Broke Barriers

This enchanting true story, written when the author was ninety-three, is a moving tale of working-class life, social divide, and forbidden love on the eve of the first World War.

The narrow street on which Harry grew up appeared identical to countless other working-class English neighborhoods—except for the invisible wall that ran down the center of the street, dividing the Jewish families on one side from the Christians on the other. The geographical distance may have been yards, but socially, it was miles. Families on either side did not speak or meet. But when Harry’s older sister fell for the boy across the street, Harry became a go-between for the lovers, crossing the great divide to hide their secret. When the truth inevitably came out, Harry had to decide, at a very young age, what he believed was morally right.

“Young Harry serves as a wide-eyed guide to a world since dismantled…True to a child’s experience, it is the details of domestic life that illuminate the tale…Yet when major world events touch the poverty-stricken block, the individual coming-of-age is intensified without being trivialized, and the conversational account takes on the heft of a historical novel with stirring success.” —Publishers Weekly (starred review)
“A groundbreaking story of family secrets and forbidden love told in plain, beautiful prose through the eyes of a young Jewish boy…the chapters are tense with danger and with tenderness.” —Booklist (starred review)
“Bernstein’s remarkable memoir…would be a daunting task for any narrator. John Lee superbly captures the intricacies of various accents—the young Russian rabbi, the guest from Leeds, the headmaster of the fancy school, the drunk shopkeepers.” —AudioFile

Harry Bernstein immigrated to the United States with his family after World War I. He has written all his life but started writing The Invisible Wall following the death of his wife Ruby. His second book, The Dream, was published in 2008. He lives in Brick, New Jersey.