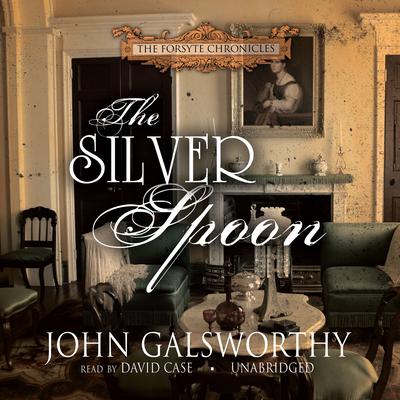 The Silver Spoon is the fifth of the nine novels in the Forsyte Chronicles, John Galsworthy’s epic story of the moneyed Forsyte family during the decline of the Victorian age. It is part of the second trilogy, called A Modern Comedy, and continues his fascinating study of the British propertied class in a changing society.

In this novel, Soames Forsyte’s daughter, Fleur, experiences an inherent dissatisfaction with her marriage not unlike her father’s, except that in this case it is Fleur who loves another. Married to Michael Mont, in line for a barony, Fleur’s heart truly belongs to Jon, who is forbidden to her as the son of her father’s ex-wife. When the American Francis Wilmot enters the scene bringing news that Jon has married Wilmot’s sister, Fleur struggles to be happy and fulfilled, just as her father Soames did.