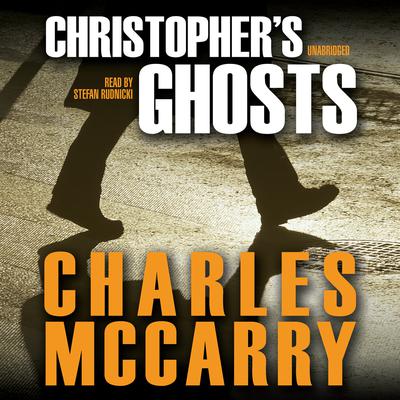 With cinematic scope and masterful pacing, Charles McCarry delivers a haunting parable of a man confronted with the ghosts of an entire generation’s brutal history.

The grand tale begins in 1939 Berlin, where young Paul Christopher and his family are struggling against the rise of Nazi totalitarianism. The Christophers are known to be sympathetic to the persecuted Jews, while sixteen-year-old Paul has fallen in love with the daughter of a Jewish doctor. Their enemy is a sadistic SS officer named Stutzer, who will stop at nothing to destroy the young couple.

Twenty years later, top CIA agent Paul Christopher is the only living witness to Stutzer’s crimes. As he edges toward a confrontation with this mortal enemy, Christopher is forced to operate in the one theater he had thought he had mastered: his own past.

“The best writer of intelligence and political novels in the world.” —Boston Globe
“Veteran McCarry remains a compelling storyteller…The book speeds toward a satisfying, inevitable conclusion.” —Publishers Weekly
“Fans of McCarry’s CIA operative, Paul Christopher, are here rewarded for their decades of loyalty. This is almost like getting two books for the price of one…Stefan Rudnicki, a regular narrator of McCarry novels, is clearly in his medium. He handles the many foreign accents superbly and is at his best as the ranting SS butcher.” —AudioFile
“The book has much to recommend it: the prose is elegantly literate, the plot unfolds clearly, the characters are drawn in satisfying detail, the transitions are graceful, the sense of place and time is strong, and the ‘tradecraft’ is as authentic as circumstances permit.” —Library Journal (starred review)
“McCarry takes the story of his recurring master spy Paul Christopher back to its wildly romantic beginning…McCarry remains at the top of his game.” —Kirkus Reviews