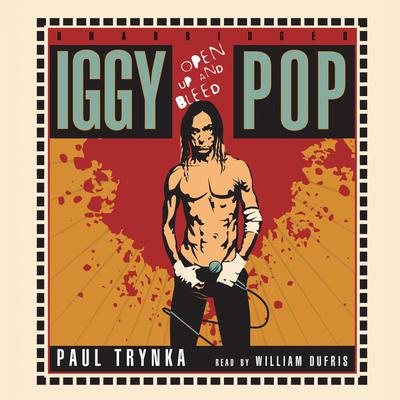 Iggy Pop: Open Up and Bleed

Iggy Pop’s legendary career has been tumultuous, reaching great heights, producing mega-hits, while at times hitting rock-bottom lows in jail and mental institutions. Along the way, he’s become a cult rock hero, an inspiration for dozens of other famous rockers, and has had a pretty good time of it, too. But the image of Iggy Pop versus the man behind that image, James Newell Osterberg, Jr., are surprisingly contradictory. As the author deftly reveals in this first-ever biography of Iggy, the “nude and rude” punk rocker was the vice-president of his high-school class and is considered an intellectual by many.

Living in Ann Arbor among Iggy’s childhood friends and pre-fame lovers and interviewing dozen of musicians including Iggy himself, Trynka has created a sincere and fascinating portrayal of the real man behind the rock star.

“There’s plenty of detail on the creative process behind Iggy’s music...but inevitably, the best parts are the blackly funny tales of Iggy at his worst.” —Rolling Stone
“When you strip away all the nonsense, Iggy is a pro. Trynka too.” —Guardian
“An obsessively detailed and compulsively readable biography that is as high-energy and entertaining as its subject.” —Publishers Weekly (starred review)
“Dufris’ voice is invested with meticulousness, weighing each word carefully and swooping to a near-baritone halt at the close of each sentence. Dufris is the anti-Iggy, polite and modulated, and it is his counterexample that allows the light to shine more brightly on Pop himself.” —Publishers Weekly (audio review)
“[Trynka] deftly walks the line between fan boy and dogged researcher…This is the definitive word on Iggy, elbowing past even his autobiography.” —Library Journal (starred review)
“The author’s love for a flawed-but-deep-down-okay dude, plus his amazing eye for detail, make this one of the finest rock bios of recent memory: Music and pop culture fans will dig it.” —Kirkus (starred review)

Paul Trynka is a former editor of Mojo magazine. He has also been the editorial director of Q magazine, launch editor of The Guitar Magazine, and editor-in-chief of new projects at Emap, a media company that specializes in publishing and television. He is the author of Portrait of the Blues and Denim. He currently lives in London.