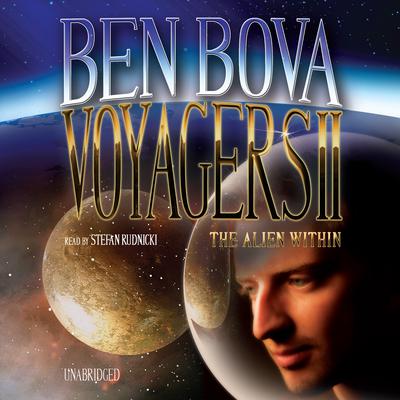 Voyagers II: The Alien Within

When Keith Stoner awoke, he found himself in a world changed almost beyond recognition. Eighteen years before, Stoner had been the American member of a joint US–Soviet mission to capture an alien ship. The Soviets had to pull out, but Stoner persisted, and while on the strange ship, he fell into suspended animation.

Jo Camerata, the ambitious young student who fell in love with Stoner, is now head of Vanguard Industries, which has recovered the alien ship. As a result, her company is now in control of its vast new technology and the fortune it reaps—and in control of Keith Stoner. What Camerata doesn't know, however, is that someone else has been awake, someone who dwells within Stoner's mind. The alien presence that has kept Stoner alive all this time is now free and intends to explore our world, letting nothing stand in its way.

“The alien within Stoner serves Bova as a splendid device…The very best, however, is the plausibility of detail that makes his work a sort of poetry of the near future.” —Chicago Tribune