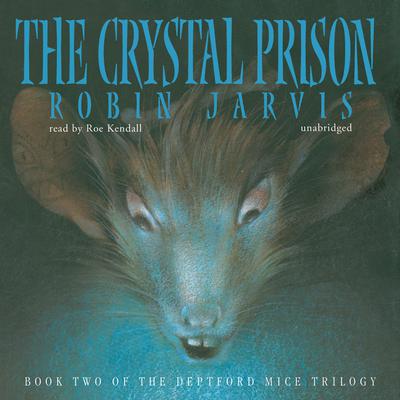 The saga of the Deptford Mice continues in this sequel to The Dark Portal. The evil rat Jupiter has been defeated, and the young Deptford mice emerge from the sewers to start a new life in the country. But the albino mouse Oswald is seized by an illness and lies near death. His friend Audrey enlists the help of the ancient squirrel mystic Starwife, who agrees to heal him on one condition. She reintroduces Audrey to the once villainous rat Madam Akkikuyu, whose mind is now broken, and decrees that Madam Akkikuyu must stay with Audrey until she dies.

In the country, the mice find a bucolic existence, until they find themselves embroiled in a series of murders. The country mice suspect that headstrong city mouse, Audrey, is the culprit. But the truth is far more sinister, as Audrey witnesses the return of the supernatural evil she thought had been destroyed.

“The final chapters are breathtakingly thrilling.” —School Library Journal
“Enjoyable…stands up well as a foreboding bridge to the trilogy’s concluding volume.” —Booklist
“The Crystal Prison offers fast, entertaining reading for fantasy lovers.” —Children’s Literature
“Like its predecessor, this is a terrific page-turner, drenched in foreboding atmosphere and punctuated with grisly discoveries and sinister revelations…Shivery good fun.” —Kirkus Reviews

Robin Jarvis was born in Liverpool, England, and studied graphic design in college. He worked in television and advertising before becoming a full-time author and illustrator. It was while working at a company that made characters for TV programs and advertising that he began making sketches of mice. From these drawings, the idea for the Deptford Mice was born. The Dark Portal, short-listed for the 1989 Smarties Book Prize in England, was followed by two more titles in the series, The Crystal Prison and The Final Reckoning. He lives in London.