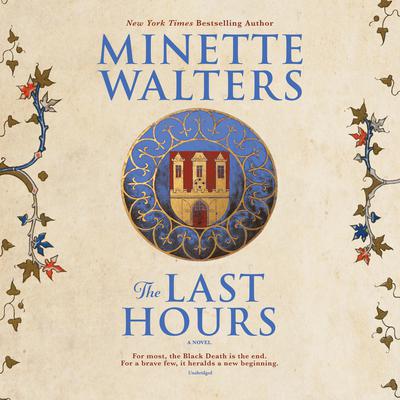 When the Black Death enters England through the port in Dorsetshire in June 1348, no one knows what manner of sickness it is—or how it spreads and kills so quickly. The Church cites God as the cause, and fear grips the people as they come to believe that the plague is a punishment for wickedness.

But Lady Anne of Develish has her own ideas. Educated by nuns, Anne is a rarity among women, being both literate and knowledgeable. With her brutal husband absent from the manor when news of this pestilence reaches her, she looks for more sensible ways to protect her people than daily confessions of sin. She decides to bring her serfs inside the safety of the moat that surrounds her manor house, then refuses entry to anyone else, even her husband.

Lady Anne makes an enemy of her daughter and her husband’s steward by doing so, but her resolve is strengthened by the support of her leading serfs...until food stocks run low. The nerves of all are tested by continued confinement and ignorance of what is happening in the world outside. The people of Develish are alive. But for how long? And what will they discover when the time comes for them to cross the moat again?

Compelling and suspenseful, The Last Hours is a riveting tale of human ingenuity and endurance set against the worst pandemic in history. In Lady Anne of Develish—leader, savior, heretic—Walters has created her most memorable heroine to date.

Minette Walters is one of the world’s bestselling crime writers and has sold over twenty-five million copies of her books worldwide. She has won the CWA John Creasey Award, the Edgar Allan Poe Award, and two CWA Gold Daggers. The Swift and the Harrier is her third historical novel. She lives in Dorset with her husband.