Winner of the 2019 Ned Kelly Award for Best First Ficton

Shortlisted for the London Guardian's Not the Booker Prize

An Audible Pick of Best of July

It’s been twenty years since Cormac Reilly discovered the body of Hilaria Blake in her crumbling Georgian home. But he’s never forgotten the two children she left behind …

When Aisling Conroy’s boyfriend Jack is found in the freezing black waters of the river Corrib, the police tell her it was suicide. A surgical resident, she throws herself into study and work, trying to forget—until Jack’s sister Maude shows up. Maude suspects foul play, and she is determined to prove it.

Cormac Reilly is the detective assigned with the reinvestigation of a seemingly accidental overdose twenty years ago—the overdose of Jack and Maude’s drug and alcohol addled mother. Detective Reilly is under increasing pressure to charge Maude for murder when his colleague Danny uncovers a piece of evidence that will change everything …

This unsettling small-town noir draws us deep into the dark heart of Ireland, where corruption, desperation, and crime run rife. A gritty look at trust and betrayal where the written law isn’t the only one, The Ruin asks who will protect you when the authorities can’t—or won’t.

“A gripping mystery…a complicated page-turning story that touches on corruption, clandestine cover-ups, and criminal conspiracy…A story that’s as moving as it is fast-paced.” —Daily Mail (London)
“This searing debut brings together procedural and psychological thriller for a fascinating portrait of small-town Ireland and its big city problems…Ireland’s experiencing an incredible new wave of women crime writers, spearheaded by the indomitable Tana French, and Dervla McTiernan is a fine new addition to a growing scene.” —Literary Hub
“An intricate story of impossible decisions, family bonds, and police politics. Avid mystery readers will be enthralled with this intricate, mysterious, and edgy debut.” —Library Journal (starred review)
“McTiernan’s powerful first novel has the authentic feel of its Irish setting…[A] tightly woven plot…[with a] suspenseful conclusion.” —Publishers Weekly (starred review)
“Narrator Aoife McMahon delivers Cormac’s low-key, hard-working style of detective work in an easy-listening manner in this multilayered police procedural. Characters…are well developed and realistic. This debut novel has a compelling story line deepened by McMahon’s Irish-accented voice, perfect pacing, and riveting attention to details. Building tension seems to come naturally to McMahon; his precise pauses add to the emotional impact. McTiernan’s well-written story and McMahon’s top-notch narration make this a compelling listen. Winner of the AudioFile Earphones Award.” —AudioFile
“The story that unfolds shows the worst of Irish society and its police force and includes compelling, unexpected twists and a hold-your-breath standoff.” —Booklist
“Fans of Tana French will love McTiernan’s expertly plotted, complex web of secrets that refuse to stay hidden.” —Karen Dionne, author of The Marsh King’s Daughter
“An excellent story, very well written…This one was a winner for me!” —Alex Gray, author of The Darkest Goodbye
“A terrific debut and a rare gem: a compelling crime thriller that delivers depth as well as twists, with every page clearly written from the heart.” —Sara Foster, author of All That Is Lost between Us 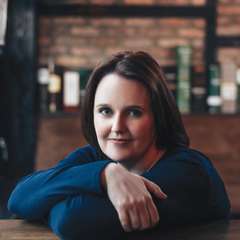 Dervla McTiernan was born in County Cork, Ireland, to a family of seven. She studied corporate law at the National University of Ireland, Galway, and the Law Society of Ireland and then practiced as a lawyer for twelve years. Following the global financial crisis, she moved with her family to Western Australia, where she now lives with her husband and two children. In 2015 she submitted a story for the Sisters in Crime Scarlet Stiletto competition and was short-listed. This gave her the confidence to complete her first novel, The Ruin.