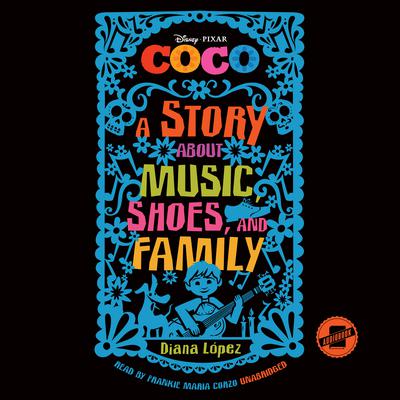 Coco: A Story about Music, Shoes, and Family

Winner of a Golden Globe Award for Best Animated Feature

Inspired by Pixar Animation Studios’ latest film, Coco, this middle grade novel will retell the story of the film, as well as feature original content expanding upon its rich, vibrant world and characters.

“López skillfully balances emotional moments with humorous ones.” —Publishers Weekly on Ask My Mood Ring How I Feel
“Character development is strong and personal thoughts and emotions are transparent.” —School Library Journal on Nothing Up My Sleeve