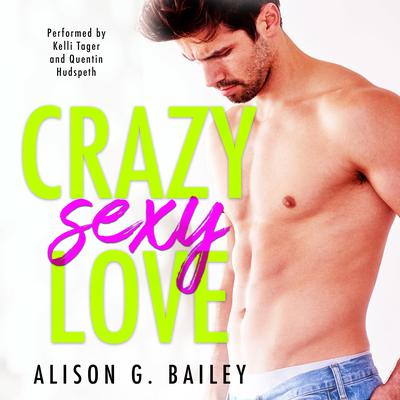 I’m an intelligent and independent woman with a fantastic career. My personal life is perfect. No attachments or commitments. I know firsthand there is no such thing as “happily ever after” and I’m okay with that. I love everything about men—their broad shoulders, bulging biceps, and chiseled jawlines. I love when they come and especially when they go. I’m living my best life.

At least I thought I was until the day a six foot, green eyed buffoon who wouldn’t take no for an answer knocked on my door needing a place to stay. Doug Truman is an unwanted entity that I’m forced to endure. But as hard as I try to tolerate his antics, he still drives me crazy in more ways than one.

What woman wouldn’t want me? Sophie Cipriano that’s who. I don’t get it. I’m hot, funny, and can charm the clothes off anyone. Tons of naked chicks have said so. I would gladly supply names and numbers if I could remember any of them. I’m not a jerk. I’m just forgetful. Except when it comes to Sophie. Sure her lips call me every horrible name in the book, but her eyes light up with fire whenever we’re near each other. Sophie’s utter loathing of me only makes her more desirable. All I need is one night to get her out of my system.

Alison G. Bailey is an award-winning, Amazon and internationally bestselling author living in Charleston, South Carolina. At an early age she fell in love with writing and reworking scenes from her favorite TV shows and movies with new dialogue. Alison wrote and produced several stage plays before turning her sights on the book world. Under the influence of copious amounts of Diet Pepsi and nonstop listening to her Spotify playlists, Alison writes unique emotional stories full of love, laughter, and romance.