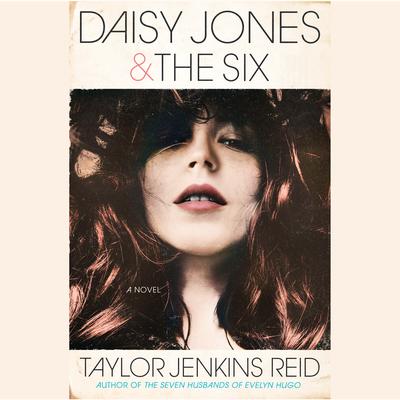 Daisy Jones & The Six: A Novel

A Booklist Editors' Choice of Best Audiobooks of 2019

An Amazon Best Book of the Year So Far

A gripping novel about the whirlwind rise of an iconic 1970s rock group and their beautiful lead singer, revealing the mystery behind their infamous breakup.

Everyone knows DAISY JONES & THE SIX, but nobody knows the reason behind their split at the absolute height of their popularity . . . until now.Daisy is a girl coming of age in L.A. in the late sixties, sneaking into clubs on the Sunset Strip, sleeping with rock stars, and dreaming of singing at the Whisky a Go Go. The sex and drugs are thrilling, but it’s the rock ’n’ roll she loves most. By the time she’s twenty, her voice is getting noticed, and she has the kind of heedless beauty that makes people do crazy things.

Also getting noticed is The Six, a band led by the brooding Billy Dunne. On the eve of their first tour, his girlfriend Camila finds out she’s pregnant, and with the pressure of impending fatherhood and fame, Billy goes a little wild on the road.

Daisy and Billy cross paths when a producer realizes that the key to supercharged success is to put the two together. What happens next will become the stuff of legend.

The making of that legend is chronicled in this riveting and unforgettable novel, written as an oral history of one of the biggest bands of the seventies. Taylor Jenkins Reid is a talented writer who takes her work to a new level with Daisy Jones & The Six, brilliantly capturing a place and time in an utterly distinctive voice.

Includes a PDF of song lyrics from the book

“Wildly delicious.” —Entertainment Weekly
“Transported me into the magic of the ’70s music scene in a way I’ll never forget…Daisy and the band captured my heart.” —Reese Witherspoon
“Whoever cast the narrators for this dynamite rendition of Taylor Jenkins Reid’s transfixing rock novel is almost certainly underpaid…The story is fantastic, but I’d argue the vocal performances are even better, perfectly attuned to the personalities and quirks of each erratic musician.” —Elle (audio review)
“A remarkable audiobook…Written as a transcribed oral history, it lends itself naturally to the audio format. Also, it’s narrated by a star-studded full cast…The result is a tapestry of memorable characters with electric chemistry and authentic-sounding relationships…An unforgettable listening experience. Winner of the AudioFile Earphones Award.” —AudioFile
“Like a poignant song with lyrics that speak to your soul…will transport you to another place and time.” —Associated Press
“One of the most enjoyably readable books of the year.” —Nylon
“An oral history about more than sex, drugs and rock ‘n’ roll, though there’s plenty of that. This novel cracks open the creative process and shows how much it costs sometimes to make art that resonates.” —Shelf Awareness
“So resembles a memoir of a real band and conjures such true-to-lifeimages of the seventies music scene that readers will think they’re listening to Fleetwood Mac or Led Zeppelin.” —Booklist (starred review)
“A stunning story of sex, drugs, and rock ’n’ roll in the 1960s and ’70s…mimicking the style and substance of a tell-all celebrity memoir.” —Publishers Weekly (starred review)