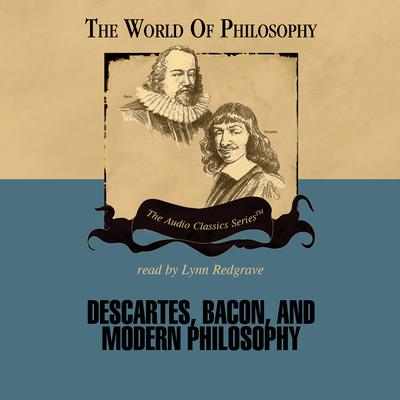 These two great seventeenth-century philosophers aimed to break free of oppressive traditions. Free scientific inquiry led them to skeptically question everything, though they also tried to reconcile science with religious faith. Both Descartes and Bacon extolled the individual, arguing that the human mind can penetrate the deepest secrets of existence. Their ideas formulated the problems that would occupy philosophers for the next three hundred years.

The World of Philosophy series is a dramatic presentation, in understandable language, of the concerns, questions, interests, and overall outlook of the world’s great philosophers and philosophical traditions. Special emphasis on clear and relevant explanations gives you a new arsenal of insights toward living a better life.

Dr. Jeffrey Tlumak is an associate professor of philosophy at Vanderbilt University and the editor of History of Philosophy Quarterly. He received his doctorate from the University of Massachusetts and teaches courses in modern philosophy, epistemology, metaphysics, and the philosophy of religion.