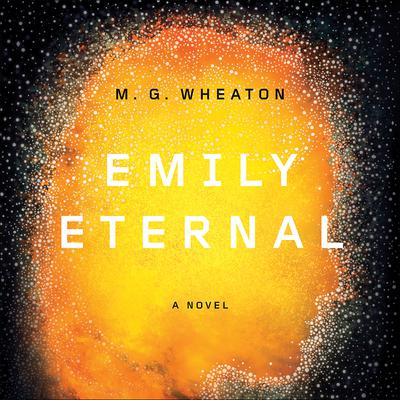 A Crime Reads Pick of Best Debut Thrillers of the Month

Meet Emily, "the best AI character since HAL 9000" (Blake Crouch). She can solve advanced mathematical problems, unlock the mind's deepest secrets, but unfortunately, even she can't restart the sun.

Emily is an artificial consciousness, designed in a lab to help humans process trauma, which is particularly helpful when the sun begins to die 5 billion years before scientists agreed it was supposed to.

Her beloved human race is screwed, and so is Emily. That is, until she finds a potential answer buried deep in the human genome that may save them all. But not everyone is convinced Emily has the best solution--or the best intentions. Before her theory can be tested, the lab is brutally attacked, and Emily's servers are taken hostage.

Narrowly escaping, Emily is forced to go on the run with two human companions--college student Jason and small-town Sheriff, Mayra. As the sun's death draws near, Emily and her friends must race against time to save humanity. Soon it becomes clear not just the species is at stake, but also that which makes us most human.

Mark Wheaton began his writing career as a freelance reporter before becoming a screenwriter and producer on films like Friday the 13th, The Messengers, and the forthcoming Voice from the Stone. In addition, he created the comic book, The Cleaners, has scripted a number of video games, and self-published several short stories and novellas including the cadaver dog-centric Bones series. He lives in Los Angeles.