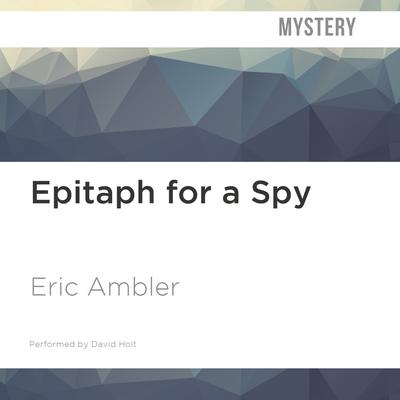 Epitaph for a Spy

Josef Vadassy, a Hungarian language teacher, decides to break his journey from Nice to Paris at a windswept coastal town where his solitary nightmare begins. He collects his photographs from the chemist only to discover that the pictures are not of lizards at all, but military sites.