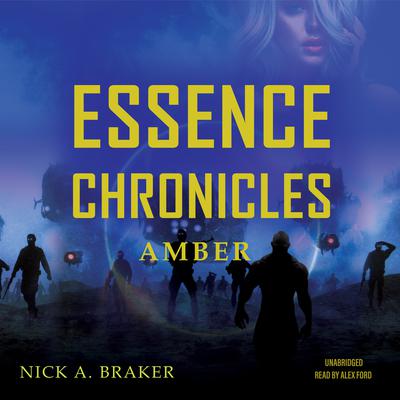 By Nick A. Braker
Read by Alex Ford

Troy has plans for revenge on the Reptauran race that annihilated most of the peaceful people of Pira. Even as the alien species prepare for another attack, this time on Earth, Troy races against the clock; he must find a way around Alta’s control over him, save what remains of the Piran people, prevent an attack on his home planet of Earth, and keep his soul intact from alien technology working to destroy him from within. In this action-packed conclusion to the three part series, Essence Chronicles, Troy realizes he loves Septima, but the merger with the essence of the dead general, Tohmas, has brought strong, insatiable desires Troy cannot control. Will love win in the end or will his Tohmas half destroy the one thing that anchors Troy to his better side?

Nick Braker graduated with a BS in computing science from the University of Evansville before launching a career in computer programming, engineering, and management. Married, a father of two, and a grandfather of two, Braker is also an avid table tennis player and spends any free time he has with his wife as they both enjoy VR.