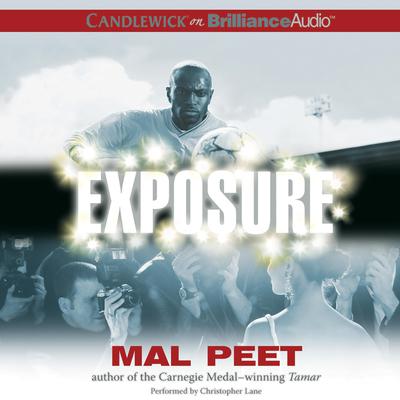 Carnegie Medalist Mal Peet takes a searing look at the world of soccer and pop-celebrity culture—and the lives of three street kids caught in its glare.

When a black South American soccer star signs on to a team in the country's racist south, headlines blare. And when he falls for the sensual Desmerelda, a stunning white pop singer and daughter of a wealthy politician, their sudden and controversial marriage propels the pair to center stage, where they burn in the media spotlight. But celebrity attracts enemies; some very close to home. And its dazzle reaches into the city's hidden corners, exposing a life of grit and desperation the glitterati could never imagine. When a girl is found murdered, reporter Paul Faustino is caught between worlds as he witnesses the power of the media in making—and breaking—lives. Inspired by Shakespeare's Othello, this modern tragedy of desire and betrayal, incisively and compassionately told, is a truly enthralling work of crossover fiction.

“Brilliantly explores the inequalities within society and the dangers of success.” —Guardian (UK)
“Clever, funny, moving and superbly well written” —The Times (UK)

Mal Peet (1947–2015) was the much-acclaimed author of the Carnegie Medal–winning novel Tamar, as well as three Paul Faustino novels: Keeper, The Penalty, and Exposure, winner of the Guardian Children’s Fiction Prize.