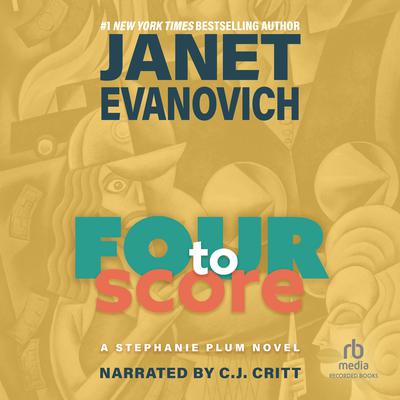 The unflappable, fashion savvy bounty hunter Stephanie Plum returns to action when her bondsman cousin hires her to haul in a waitress-gone-bad, Maxine Nowicki. With her unruly sidekicks, transvestite rock musician Sally Sweet, ex-hooker and wannabe bounty hunter Lulu, and crazy Grandma Mazur, Stephanie braves hot Jersey streets and endless threats to track down the fleeing felon. Stephanie figures apprehending Nowicki will be easy money, but she couldn't be more wrong. Besides having to contend with loathsome rival bounty hunter, Joyce Barnhardt, she faces escalating scare tactics from a new enemy. Even more dangerously, she finds herself getting involved again with buff vice cop Joe Morelli, who also wants a piece of the Nowicki action. Best-selling author Janet Evanovich packs rapid-fire action and outrageously funny dialog into this audacious mystery thriller. Right on target as the saucy Stephanie Plum, narrator C.J. Critt will keep you pumped as she ushers you through some of the least scenic neighborhoods of Trenton, New Jersey.

Janet Evanovich is the #1 New York Times bestselling author of the Stephanie Plum novels, as well a dozen romance novels, the Alexandra Barnaby novels, and more.