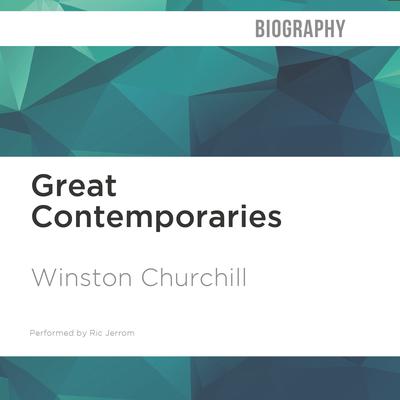 Great Contemporaries profiles towering figures ranging from Franklin Roosevelt, Adolf Hitler, Lawrence of Arabia and Leon Trotsky to Charlie Chaplin, H. G. Wells, Rudyard Kipling and George Bernard Shaw. Written in the decade before Churchill became prime minister, the essays in Great Contemporaries focus on the challenges of statecraft at a time when the democratic revolution was toppling older regimes based on tradition and aristocratic privilege.

Churchill's objective is clear: he tries to learn from these giants what makes a man great. He approaches his subjects with a measuring eye, finding their limitations at least as revealing as their merits. This new edition of Great Contemporaries brings back Churchill's unmatched insights and unforgettable prose for a new generation of listeners and leaders.