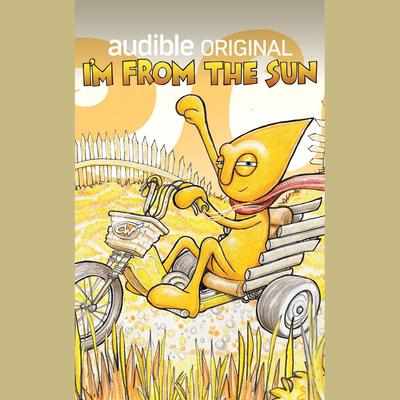 I'm From the Sun: The Gustafer Yellowgold Story

Exclusively on Audible, an original from Morgan Taylor, two-time Grammy® nominated songwriter, cartoonist and author, for ages 7 and up. Music produced by Patrick Sansone of Wilco.

“I know how hard it is to shine. We live on the Sun for gosh sake…” – Cracklin’ Walter Shinewell

Ride along with 9-year old “sunling” Gustafer, in this otherworldly, melancholy musical comedy that takes place entirely on our closest star - The Sun! As if the stress of the annual Tiger Face holiday season wasn’t enough, the young sun-dweller Gustafer must face the nasty neighborhood bullies and overcome his fear of telling his father the awful truth: he doesn’t want to inherit the family raisin-butchering business. Despite help from his best friend Ellen and over-achieving big brother, Ben, Gustafer faces the ultimate crossroad when he sees a darker opportunity to control his own destiny on the Sun.

Enjoy a special bonus in Chapter 15, with an exclusive album full of the music featured in the Audible Original I’m From the Sun.