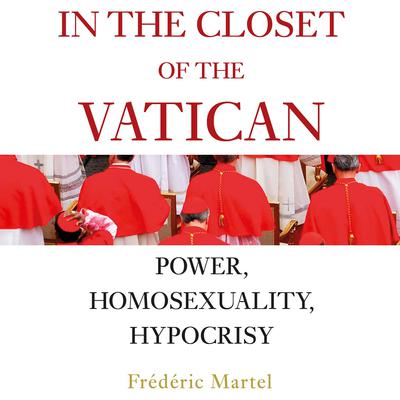 In the Closet of the Vatican: Power, Homosexuality, Hypocrisy

In the Closet of the Vatican is a fascinating description and evaluation of financial, sexual and political misconduct throughout the Catholic Church at a time when new revelations are being uncovered each and every week. This audiobook explores the underlying causes and includes interviews with numerous Cardinals and other individuals, some of whom cannot be named.

Martel reveals financial scandals in the Vatican bank; political collusion with unsavoury regimes, including Castro's Cuba and Pinochet's Chile; sexual abuse and hypocrisy over homosexuality. In this explosive account, Martel goes to the heart of corruption in the Catholic Church and inside the Vatican itself.

Martel is a researcher and writer. He has a PhD in social sciences and four master's degrees in law, political science, philosophy, and social science (University La Sorbonne). He has been visiting scholar at Harvard University and taught at Sciences-Po Paris and at the HEC's Business School MBA in Paris.

He is the author of nine books, including On Culture in America (Gallimard, 2006) and the best seller Mainstream: On the Global War on Culture and Medias (Flammarion, 2010, translated in 20 countries). He has had articles in Newsweek, the New Yorker and the New York Times.